Linear Bearings: What You Need to Know

Linear Bearings: What You Need to Know

Linear bearings are rolling-element and fluid-film devices that reduce friction in motion systems where the motion acts along a straight — or sometimes curved — pathway. They are distinguished from radial bearings in which motion is rotary. Linear bearings are used in machine tool applications such as sliding doors, 3D printers, and automation settings where reducing friction and guiding linear motion is needed. They can be loosely grouped as ball and roller types that use the rolling motion of rolling elements and sliding types that rely on lubricant and low-friction surfaces. This article will discuss the distinct forms that linear bearings take and highlight some general applications.

Sometimes called linear bushings, linear bearings are manufactured in sintered aluminum bronze, metal/polymer composites, carbon insert styles, polymer-lined sleeves, etc. and rely on a lubricating film to form between the bearing and the shaft while the two are in relative motion. Powdered-metal bronze bushings have been used for many years as die-post bushings. Their porous constructions, often with carbon plug inserts, are vacuum impregnated with oil that flows to and from the bearing under the frictional heat developed as the shaft moves and stops, providing a film of oil between the bearing and the shaft.

Polymer, self-lubricating linear bushings have captured some of the market that had been dominated by sintered metal bushings. The polymer itself — typically PTFE — provides slipperiness for the running shaft. These are popular in food packaging for their ability to run without lubricants and their ability to withstand washdown chemicals. They can run on unhardened shafts having high corrosion resistance. Because polymers are subject to cold flow at high loads and do not dissipate heat well, polymer is often bonded in thin sections to metal backers in the construction of these bearings.

Bushings can be arranged as tandem installations in common housings to provide higher axial spread for the bearing surfaces. They are available as open and closed varieties, with the selection depending on how the shaft is supported. Shafts supported continuously over their lengths require open bushings that can clear the rod rails. Shafts supported on their ends can use closed bushings. Linear bushings are tolerant of dirt as a result of having no moving elements. 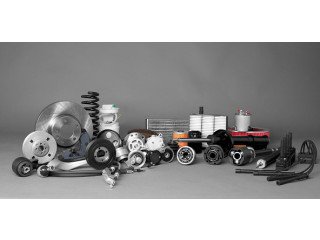